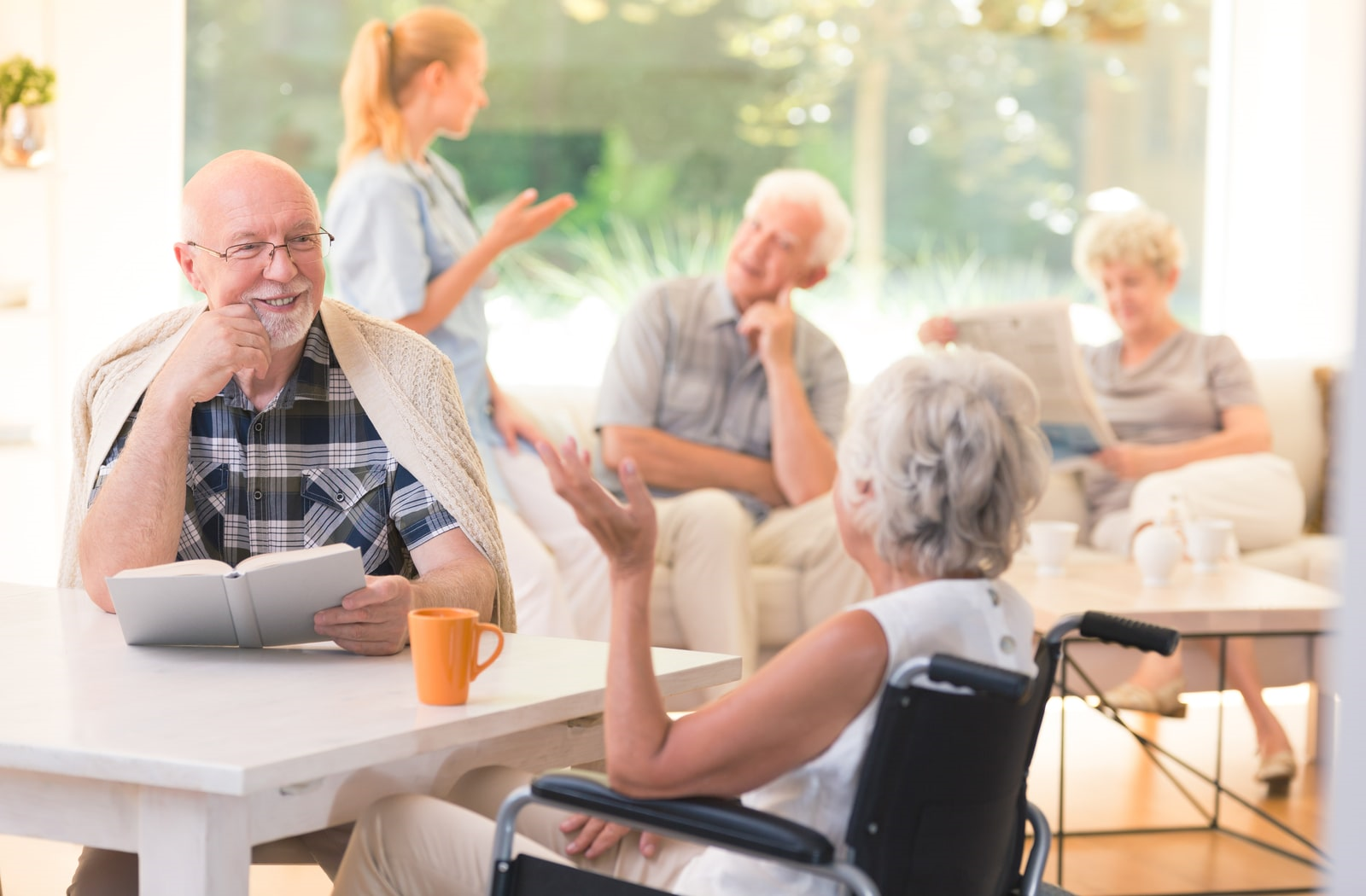 Can You Prevent Alzheimer’s & Dementia?

Memory loss and cognitive decline affect millions of older adults around the world, but these changes are absolutely not an inevitable part of aging.

While there’s no guaranteed way to prevent Alzheimer’s or other types of dementia, research suggests there are some healthy habits that may help keep a person in good health for longer, whether they’re living independently or in assisted living. And for adults living in memory care facilities, therapies and support can help to improve their cognitive performance and quality of life.

What are Alzheimer’s Disease & Dementia?

Throughout our lives, we might deal with forgetfulness or occasional memory loss due to a host of factors, from stress and lack of sleep to simply being distracted. Alzheimer’s and dementia are about much more than misplacing your phone—it’s more like forgetting what phones are used for.

Dementia is a general term referring to “a decline in mental ability severe enough to interfere with daily life,” according to the Alzheimer’s Association. Alzheimer’s is a specific disease and it’s the cause of 60%–80% of dementia cases.

Dementia is caused by damage to brain cells that can affect cognitive processes like thinking, behavior, and feelings. Alzheimer’s disease can begin to show itself through a variety of symptoms, including:

About 1% of Alzheimer’s cases are genetic, while the vast majority of cases appear to be caused by a combination of factors including lifestyle, genetics, heart health, age, environment, and other health conditions.

Just because there’s not yet a proven cure for or way to prevent dementia doesn’t mean there’s nothing to be done. Several healthy lifestyle choices have been linked to a lower risk of dementia—and there are plenty of other perks to living a happy, healthy life.

There’s strong evidence that long-term exercise can significantly reduce dementia risk—and maybe even dementia progression. And it’s no secret that a medically approved exercise regime is a key part of a healthy lifestyle with well-documented heart health benefits.

Closely following a Mediterranean diet may be helpful for protecting brain health. Eating a diet rich in vegetables and fruits, whole grains, legumes, and fish—plus some olive oil—may have some effect on slowing cognitive decline in older adults and could reduce the risk of mild cognitive impairment (also known as MCI), which can progress into Alzheimer’s.

Spending time with friends and family and keeping our brains active as we age seems to have some protective effect against cognitive decline.

Getting a good night’s sleep is important at all stages of life. A small study found that after just one night of sleep deprivation, there was an increase of beta-amyloid—a protein associated with Alzheimer’s—in participants’ brains.

There’s a strong link between traumatic brain injury and dementia. While there’s no changing the past, head injuries can be avoided by wearing helmets while playing sports, always wearing a seatbelt in a vehicle, and fall-proofing your home.

There are some promising therapies used in memory care facilities that may improve quality of life and provide short-term cognitive improvements to residents living with dementia.

Art and music appreciation often form a major part of a person’s life, and that continues to be true for individuals living with dementia. Art therapy, including discussing and appreciating art as well as creating it, can show positive, if temporary, changes to cognitive functions like verbal skills, attention, and orientation. And music therapy, including hearing songs from one’s youth, playing an instrument, and singing, might improve cognition and reduce agitation.

It’s hard not to smile when there’s a puppy around. Animal-assisted therapy may have both physical and mental perks: petting an animal can release endorphins while stimulating a bit of physical activity, while walking a dog can add some gentle exercise to a person’s day.

Living with any level of memory loss or dementia is a frustrating experience, and can be socially isolating. There’s some evidence that encouraging a person with dementia to live as healthy and normal a life as possible can be an important part of care and can help an individual keep up healthy eating habits and exercise.

Thoughtful residence design and skilled staff can go a long way to making sure that individuals living in memory care facilities have the support—and independence—that they want and need.

A well-designed memory care facility includes secure access so residents aren’t able to wander off, which can lead to injury.

The highly trained, compassionate staff at a memory care facility can help create a warm environment for residents and provide them as much independence or support as they desire and require.

Minimalist layouts and contrasting color schemes can help orient residents and keep them comfortable in their surroundings.

A daily routine can help an individual cope with their changing abilities by offering some predictability, while also providing a chance to practice skills, which might help a person keep those abilities for longer.

While research continues into ways to prevent—and one day cure—Alzheimer’s and dementia, it’s clear that there are already some ways to potentially reduce the risk of developing dementia and to improve quality of life for people living with dementia.